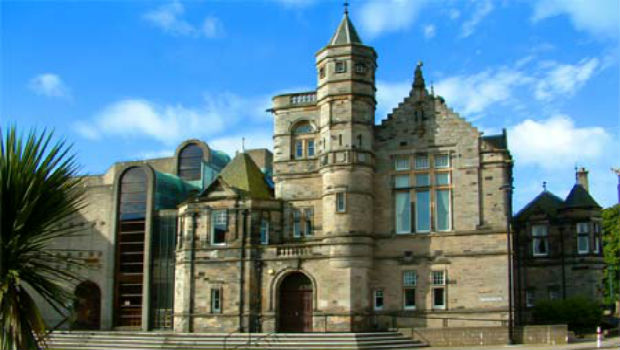 A man has admitted killing his friend’s dog by tying it to a tree in Dunnikier woods near Kirkcaldy and burning it to death. He had earlier tried to kill it with a knife and the dog had puncture wounds as well as a throat wound where Alastair Graham tried and failed to slit it’s throat. Mr Graham had been looking after Bruno, a Staffordshire Bull Terrier cross for a friend and told Kirkcaldy Sheriff Court that he snapped after the animal bit his finger.

Susan Dickson, the Fiscal Depute, giving evidence for the prosecution said that post mortem results showed that Bruno was still alive when Mr Graham set him on fire.

Larry Flynn, acting for Mr Graham said: “He has a vague recollection of doing this but was abusing alcohol at the time. His recollection is that he attempted to kill it with a knife but he failed and he went to get the petrol then returned.”

The Sheriff told Mr Graham that he had been guilty of “grotesque act of savagery”. The maximum sentence for a crime of this type is a year in prison but Mr Graham also admitted committing another knife crime, in concert with Steven Gourdie days later in Leven when they attempted to rob premises on Leven High Street at knifepoint.

Sentence was deferred until next month for social work reports and a risk assessment on both Graham and Gourdie.