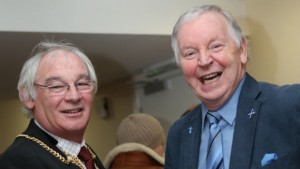 Bill Walker, MSP for Dunfermline who was recently convicted of multiple counts of domestic violence against former partners has resigned from the Scottish Parliament. Mr Walker was found guilty of 23 charges over the course of almost three decades and is due to be sentenced on 20 September.

Mr Walker’s resignation comes in the wake of moves by the Scottish Parliament’s Presiding Officer and officials to ensure that he would only be able to receive 10% of his salary fr the duration of any prison sentence. This move was warmly welcomed by many who were seeking his resignation.

“It has been increasingly difficult for my wife and my staff to deal with the media interest in my case. That same media onslaught has also made it impossible to properly represent my constituents and their interests.

“My trial process on domestic abuse charges still continues at Edinburgh Sheriff Court with the sentence not due to be announced until September 20 after the receipt of the reports ordered by the court.

“However, circumstances have made it very difficult to continue as an MSP, hence my decision to withdraw now.”

It is understood that he intends to appeal the conviction.