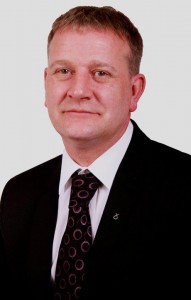 Kirkcaldy MSP David Torrance has criticised Fife Council’s traffic warden service after a Freedom of Information (FOI) request revealed that in the space of just over a month this year, Fife Council issued 755 parking tickets compared to 1,373 issued by Police Scotland the entire previous year. This is more than half of the tickets issued in 2012.

“These tickets have not just been issued for exceeding the time limit shown on the ticket, but also for more minor offences such as being marginally outside the white lines of the parking bays.”

“Some of these issues have been brought to my attention by constituents coming in to the local constituency office. It is significant to note that in the same period only 225 tickets were issued in Dunfermline.”

Mr Torrance went on to describe the move as “disproportionate and over-zealous” and said:

“If parking tickets continue to be issued at this rate, it will certainly provide the council with greater revenue, but will merely be yet another measure that will drive people away from the town centre.”