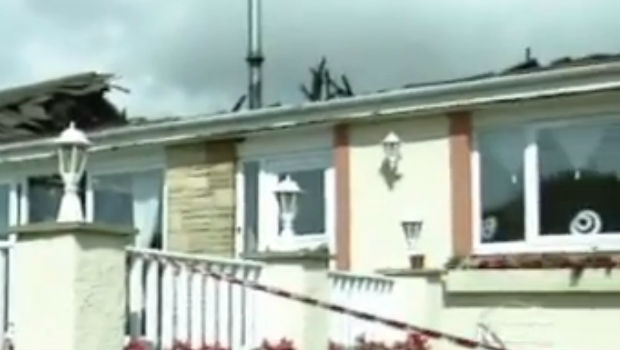 Yesterday’s impressive lightning storms blew the roof off a house in Windygates. It is thought that it was either a direct hit on the house or on the power lines nearby. Douglas and Maureen Hall had to flee their house as it caught fire shortly after 10.30am. Their daughter and her two children were also in the house but they all escaped unscathed. The family seem understandably shocked that it happened but there is an overwhelming sense of relief that nobody was hurt in the incident, which firefighters were heard to say they had never seen the like of.

The Scottish Fire and Rescue Service confirmed that five appliances were sent to tackle the blaze and that they were there until 4.30pm, ensuring that the fire would not spread to other areas by dampening down the ground around the house.