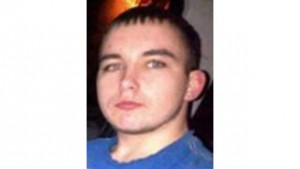 Fife Police have now officially confirmed that the body found in the River Leven yesterday was that of missing teenager Thomas Brown. He had been missing since Friday evening after a night out with friends.

Fife Police have yet to confirm the identity of the body discovered at the beach at Dumbarnie Links near Upper Largo but have confirmed that they have called off the search for missing 29 year old Leven woman Catriona Kennedy.

Our thoughts are with the families of the deceased at this very difficult time.