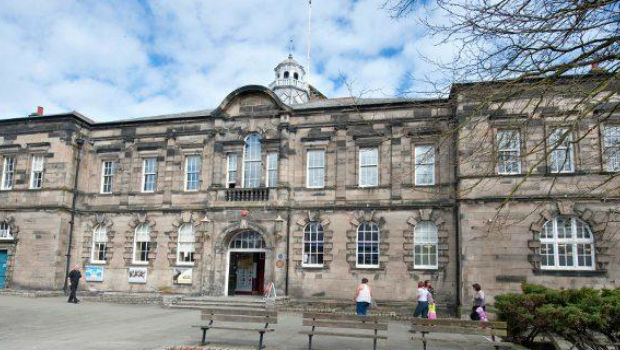 A “Jake the Peg” mural by disgraced entertainer Rolf Harris is to be removed from Adam Smith theatre in Kirkcaldy. Mr Harris was recently found guilty of indecently assaulting four girls between 1968 and 1986. The mural is in a corridor connecting the dressing rooms and the stage and was painted by Mr Harris during a week-long stint at the Theatre in 1985. The mural depicts a cartoon three-legged, kilted Rolf Harris and has amongst the slogans “There’s nowt that’s shoddy about Kirk-coddy.”

Views are split on the future of the mural. A spokesperson for Fife Cultural Trust explained: “We are in the process of decorating, refreshing and updating a number of areas in the theatre, and in light of recent developments and the sensitivity of having performers of all ages, we believe it appropriate to remove the caricature.”

Bert Ross, in charge of publicity for the theatre at the time of Harris’ tenure said: “It’s a part of the theatre’s history and perhaps should be left there.”