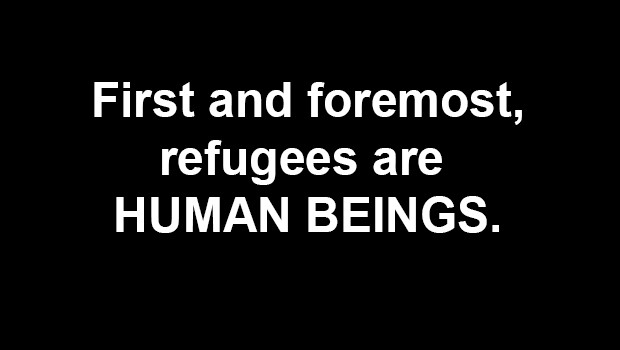 There have been harrowing images over the last couple of days of dead children washed up on a beach. The innocent victims of war and famine, danger and displacement. The images are hard to look at but they are even harder to ignore. They put a face to the refugee problem and that face resembles our own in every detail.

They also confront us with a pretty uncomfortable truth and that is, we have been lied to repeatedly and many have bought into those lies. “We’re full up.”, “We can’t afford to take more.” “They’re taking our jobs.” We’ve all heard variations on these themes, parroted in the pages of major UK newspapers. They talk about “migrants” and “immigrants”, rather than “asylum seekers” and “refugees” as they attempt to have us harden our hearts and close our doors. The UK Prime Minister even described them as a “swarm”. Inappropriate and incendiary language from someone who should know better.

There is an attempt to get us to see them differently to how we see ourselves. That somehow they are less deserving than we are. Less deserving of what exactly? Of safety? Of warmth? Of the knowledge that their child has enough food to see tomorrow? These people are no different to us. First and foremost, they are human beings, not Ethiopians, Eritreans, Libyans or any other arbitrary name due to a line drawn on a map.

Those who aren’t touched by these images of this very human tragedy are surely touched by nothing, their hearts as cold as the lifeless waters of those unforgiving seas. It is a mere accident of fate and of birth that some people are born here and some in these war-torn countries. Nobody is intrinsically better because of where they were born, all human life has the same value.

These people could be you, they could be me. They could be my father or mother or your own children. Open your arms to them and do whatever you can to assist. That is the human thing to do.

How you can help: